"deliveries ordered in advance for August" 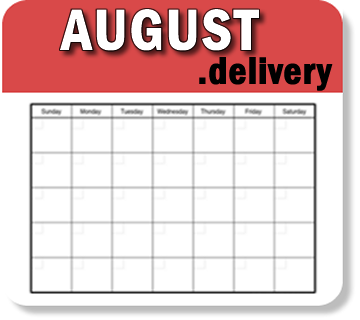 
Sextilis had 30 days, until Numa when it had 29 days, until Julius when it became 31 days long.

Augustus Caesar clarified and completed the calendar reform of Julius Caesar. In the process, he also renamed this month after himself.